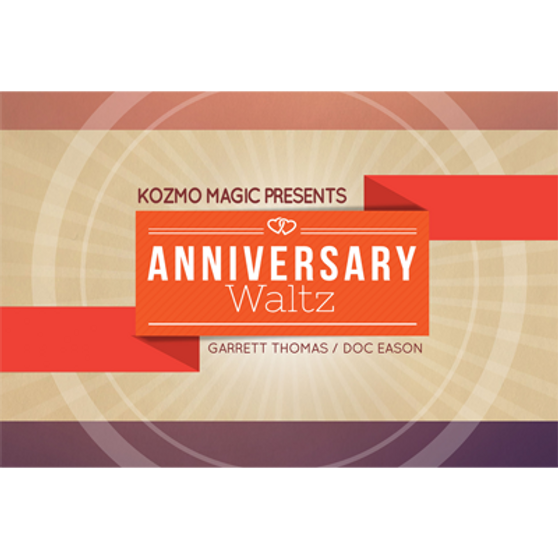 Doc Eason calls Anniversary Waltz "the strongest card trick known to man." This modern day classic has an emotional connection. The effect it creates is so powerful that women have been known to cry after seeing it. Now, Doc and Garrett Thomas team up to bring you all of the touches on the classic that every magician should have in their working repertoire.

Doc and Garrett feel Anniversary Waltz is so important that they're giving the method (performance AND instruction) away for free!

The cards designed specifically for this effect are available separately. Cards designed specifically for this effect have never been available. Well, they are now! Doc and Garrett's new Anniversary Waltz deck includes: Ace of Hearts / Two of Hearts; King of Hearts / Queen of Hearts; plus plenty of contrasting cards with abundant signature room, so you can perform the effect for non-special occasions.

Once a decade, an unknown magician emerges from nowhere to revolutionize our art. Dr. Cyril Thomas i…

Work Harder...I remember throughout all the years grabbing decks to practice with until my hands wer…

Are you tired of your EDC deck tuck case getting all dinged and torn up? Are you looking for an affo…